Protea Stage Productions is a non-profit society with its main aim being to introduce “youth” to the Theatre. We have for many years worked closely with both the Primary and Secondary Schools in the Benoni area and have on occasions strayed from our normal venue of the Benoni Small Town Hall Stage to produce shows in conjunction with the Schools. Our auditions are totally open restricted only by age, which is normally dictated by the type of show being performed, and we have been lucky enough to attract multi-racial casts for several of our recent productions. We classify our shows as Junior with a cast normally between the ages of 7 years to mid-teens and Senior with a cast from mid-teens to mid-twenties. We aim to produce two shows a year, one junior and one senior, and have on occasions had children as young as 3 years on stage. Our productions normally fall into the category of Musicals although we have in the last few years produced the odd Pantomimes and variety shows that have drawn full houses. Our current record attendance is 345 for a Saturday Matinee performance of “Mary Poppins”, the absolute maximum full house for the Benoni Small Town Hall.

Protea Stage Productions started its life in Benoni during the late sixties and was originally a young boys choir. It progressed into a youth theatrical group and produced its first show in 1972 “The Bells of Bruges”. By 1975 Protea was producing two shows a year mainly with a cast of teenagers, during 1979 the junior section was formed and their first show was “Captain and his Floating Zoo”. The format of Junior and Senior shows was then in place and has proved to be successful through to the current day. Our full repertoire reflects the distinction with shows from Can-Can and West Side Story to Mary Poppins and Peter Pan.

There have been several players who have started with Protea and have gone on to professional and semi-professional entertainment jobs both locally and overseas. The Protea Committee currently consists of twelve members aged from late teens to early fifties.

We have on several occasions sponsored various Old Age Homes and Children’s Homes to free tickets and performances at their premises, including free sweets and cool drinks for the children. We have also at times given over the sale of refreshments and cool drinks to the local Scouts group as a means of raising funds for themselves and have offered the local schools up to 25% refund towards school funds for drama etc. on all tickets sold through the school.

Protea continues today initiating the spark and feeding the fire of interest and love of the Theatre in the Youth of Benoni and in deed the East Rand stretching from as far North a Sandton and as far south as Springs and Nigel. 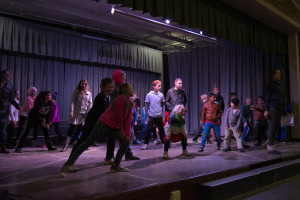